Area real estate sales are up; interest rates are down. A very good scenario, whether you are a buyer or seller, or investor. In the closer-in areas, I am seeing more activity as you might expect. But if you pay attention to the market as new listings come up, you can often be first in line without multiple offers, and with a little negotiating power. Timing can be everything.

Hope you have a wonderful and relaxing Labor Day weekend. Please give me a call or email to say hello or for help with any of your real estate questions, projects, or desire to buy or sell.

July brought some zip to a Portland area housing market that had been in the doldrums relative to the past few years, but the rally might prove short-lived. 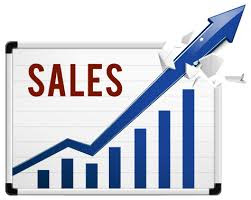 Sales jumped 7.6% compared with the same month a year earlier, according to the local listing service RMLS, and the surge in sales helped bring down the previously growing number of homes on the market.

The spike in sales might be tied to a dip in mortgage rates. The average fixed rate for a 30-year mortgage has been falling since November, but it dropped below 4 percent in June. Last week, the average hit 3.6%, a low not seen since 2016.

“That’s actually stimulating buyers and getting some, who were on the fence, off,” said Matthew Gardner, chief economist for Windermere Real Estate. 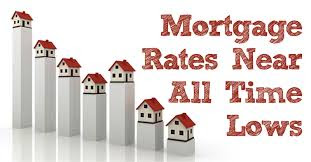 Homes are sitting on the market longer. The average listing time for a home sold in July was 43 days, a week more than a year ago.

But new listings have declined at the same time, keeping buyers in competition with one another and sellers at an advantage.

The year’s slowdown, Gardner said, is part of a gradual return to a more normal market after a few frenetic years where home prices climbed by double-digit percentages annually — far in excess of wage growth.

Home Price Growth Continues to Slow in the US

Info from the Oregonian and CoreLogic

Home price growth continues to slow in the Portland area, where May brought the slowest annual increase in seven years.

And Seattle, another city that once led the country in soaring home prices, saw prices fall compared with the same month last year. It’s the first time a major U.S. city has seen price declines in several years.

Across the country, home prices have settled into a pattern of more moderate growth after years of rapid 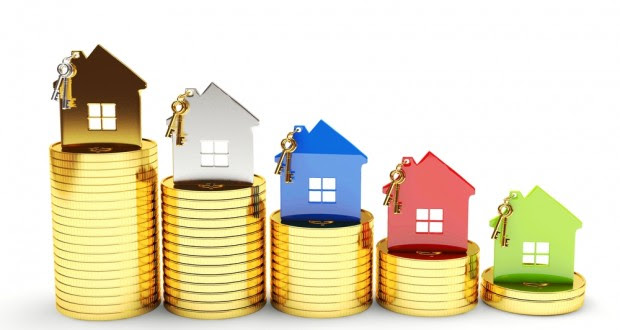 increases, according to the S&P/CoreLogic Case-Shiller home price index. But some housing markets that had been among the hottest — like Seattle, Portland and several California cities — are feeling the cooling effects more acutely.

In Portland, home prices climbed 2.4% in May compared with a year earlier, according to the index. That rate hasn’t been lower since the city’s housing market first emerged from the housing bust in 2012.

Nonetheless, area home prices remain 27% higher than their housing bubble peak from 2007, and they’ve climbed 85% since their 2012 post-recession low.

Here is a run-down of Current Home Price Growth Across the US:

The S&P CoreLogic Case-Shiller index measures home price changes in 20 major U.S. cities. Here’s how they rank, from fastest-growing prices to slowest, from May 2018 to May 2019. 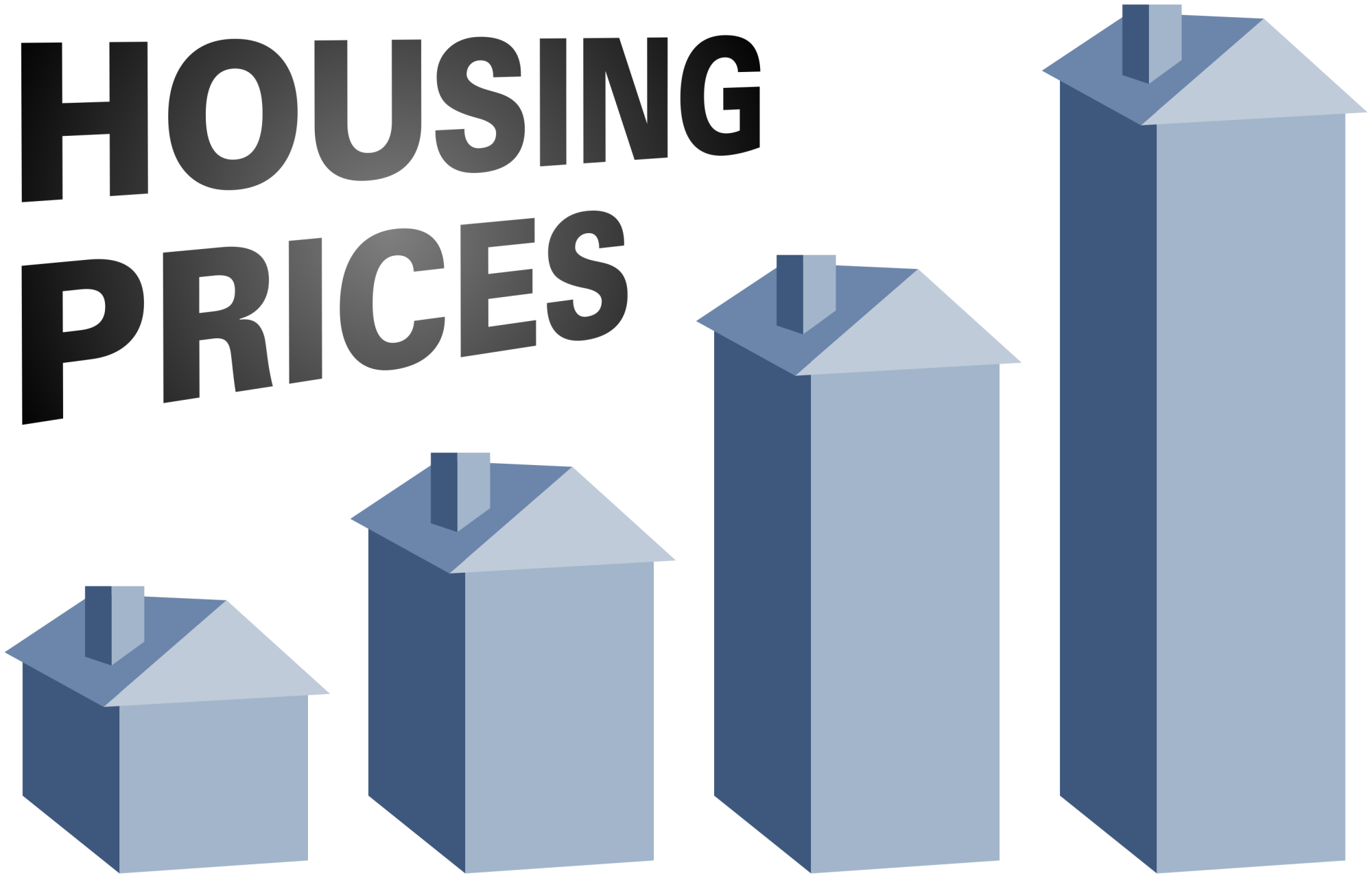 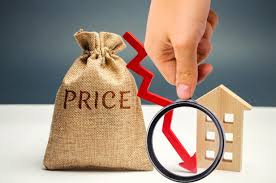 Nationally, prices rose 3.4% during the year that ended in May.

The slowing effect took hold as prices in the most expensive markets, including Portland, had begun to exceed what typical 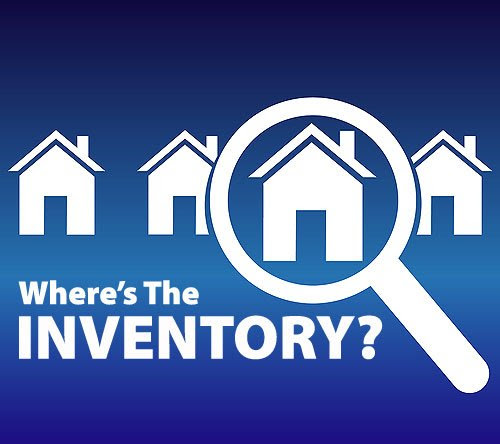 residents could afford to pay.

That was pushed along by a rise in mortgage rates last year, though the average fixed rate for a 30-year mortgage has since fallen to 3.6%, more than a full percentage point lower than last November.

At the same time, the number of homes on the market remained low by historical standards, offering willing buyers few choices.

And the skyrocketing rents in places like Portland and Seattle began to slow, removing one source of urgency for renters who’d looked to buy to avoid big annual rent hikes.

To many of us, pets are family — even if they’re covered in fur, feathers or scales. Naturally, the nearly 85 million households in the U.S. that own pets want to live places where their beloved companions can enjoy 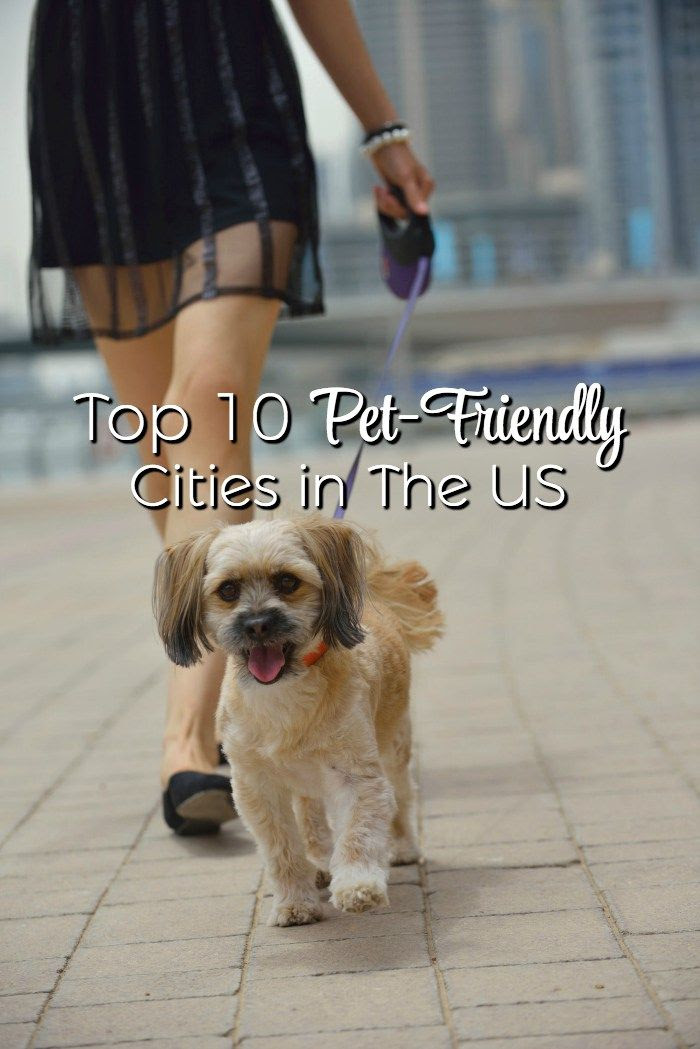 long, healthy lives without breaking the bank. And owning a pet can be expensive. The American Pet Products Association projects that in 2019, pet ownership will cost Americans over $75 billion.

Years ago, pet owners had access to only a handful of businesses offering animal services and supplies. Petco and PetSmart were among the biggest names. But the market for pet businesses is growing to fill increasing consumer demand. For example, in 2018, the pet food industry reached $91 billion.

But adding an animal to the family roster can be hard on the wallet. A long list of expenses that include licenses, grooming and medical care can cost between $227 to more than $2,000 annually, depending on the type of animal. Health insurance alone can exceed $200 per year for a dog, and it may not even be worth it.

And if you rent an apartment or a house with an animal, you can expect to pay hundreds, if not thousands, more for a pet deposit, fee and even monthly pet rent. Some landlords do not allow pets, or only allow some breeds. This also applies to condos and townhomes, where HOA rules may prohibit or limit animal type, number, and size.

With animal parents in mind, WalletHub 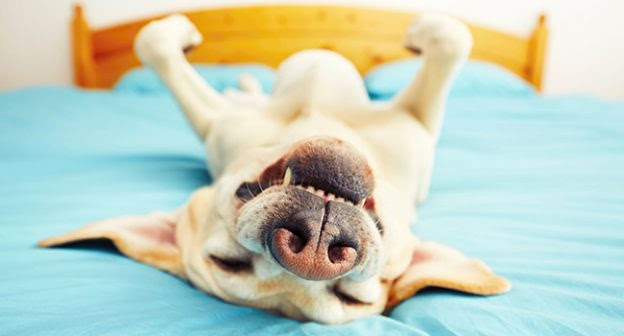 compared the pet-friendliness of the 100 largest U.S. cities across 24 key metrics. Here are some of the findings. Portland again is in the top 10 of America’s pet friendly cities. 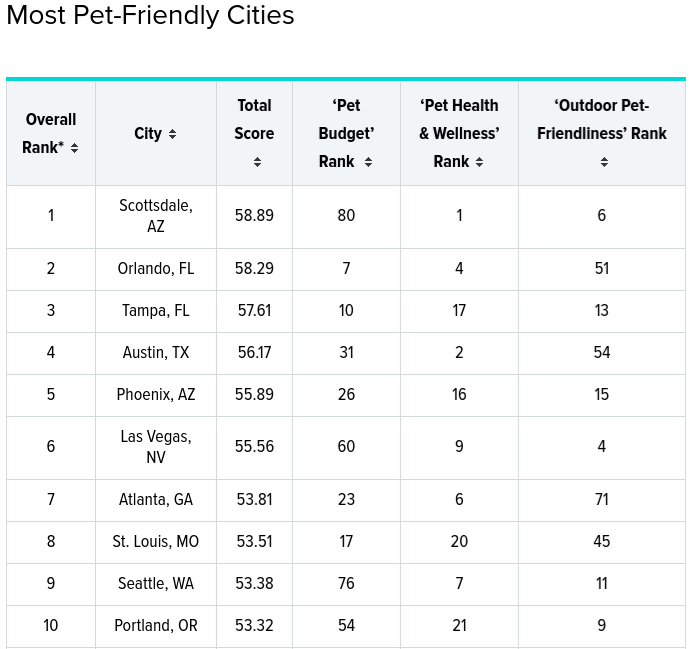 Selling a Home with Tenants

This is tricky, and more so in the city of Portland. New city and state rules govern. One easy way to start would 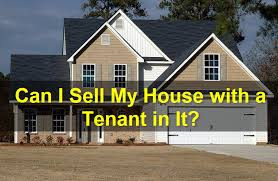 be to talk with your tenants to see if they would want to buy the house. You should still have a sales agreement, which I can help you with, and your tenants would still need to qualify for financing.

If you plan to put the house on the market, it is best to have a clear conversation with your tenant. Mention the walk-throughs, open houses, and inspections that are coming. You may offer them a rental price reduction for their inconvenience or some other perk.

Most likely, the new owner will want to live in the house, so the tenants will have to move. You will have to 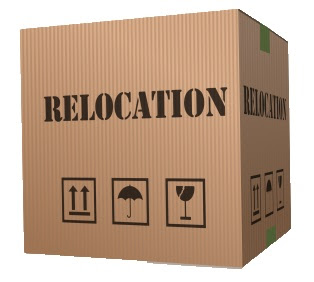 give the tenants a 90-day notice, which you can do before you put the house on the market. And this may trigger a relocation fee that you must pay to the tenant upon delivery of the 90 day notice.

Here is the schedule for the relocation assistance:

Since there are some landlord exceptions, and some rules vary outside of the city of Portland, it is a good idea to talk to a qualified property management company or real estate attorney.

How Burglars Most Often Enter a Home

Everyone is concerned about security. Here are some of the latest statistics.

About 1.4 million burglaries occurred in 2017, and more than two in three break-ins were of residential properties, according to FBI data. 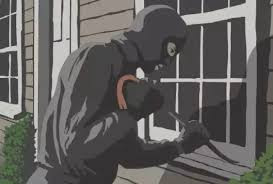 Who is Breaking in? Cove, a home security firm, surveyed nearly 1,000 people who have experienced a break-in at least once to learn more about how burglars entered the home and what they wished they had done in hindsight to better protect their property.

Home invasions aren’t always random. Studies show that many break-ins are committed by a person who lives within two miles of the property.

Where do they get in? A broken window tended to be the most common point of entry for a burglar. The following chart breaks down how burglars most often gained access to a home. And 39% of break-ins occurred at night. 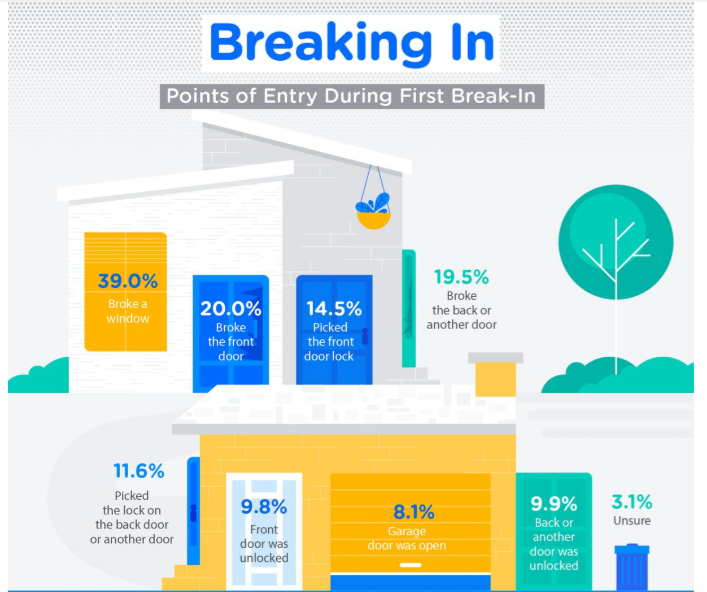 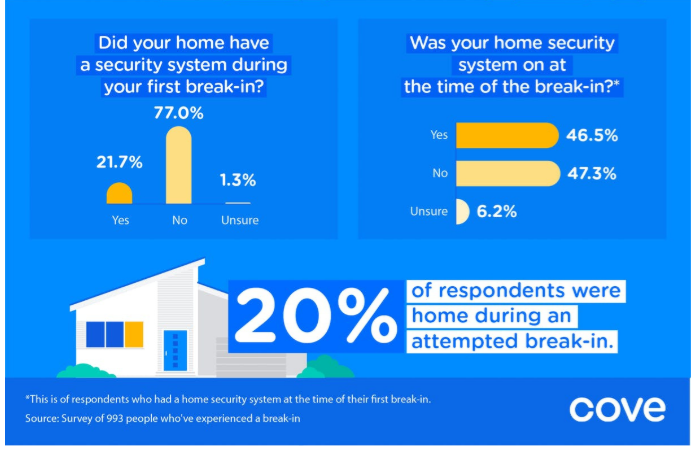 The average dollar value of stolen items from a break-in was $1,839.55, according to the study. Respondents say they were able to recover an average of about 22% of the items stolen during their break-ins. 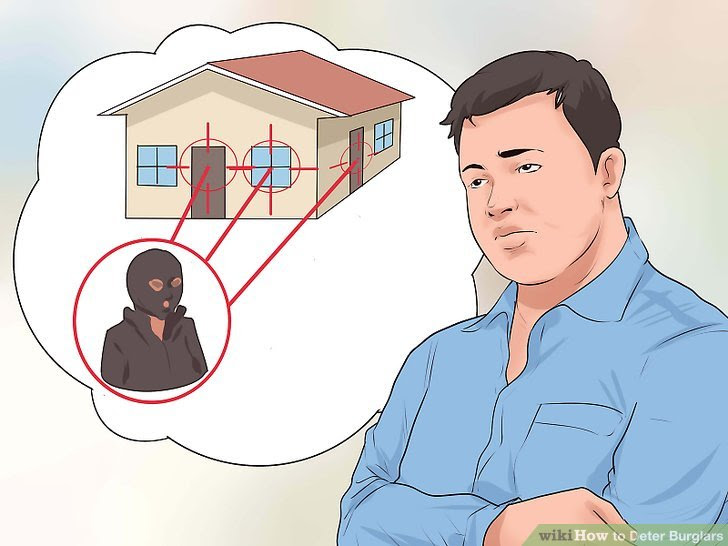 invaders shows burglars typically avoid breaking into homes they consider more complicated. While an active alarm system is likely to deter a break-in, so are big dogs that might be considered aggressive or likely to defend the home.”

What would they have done: Most study respondents said they would have purchased a security system, installed security cameras, took photos of valuables, made sure all windows and doors were locked.